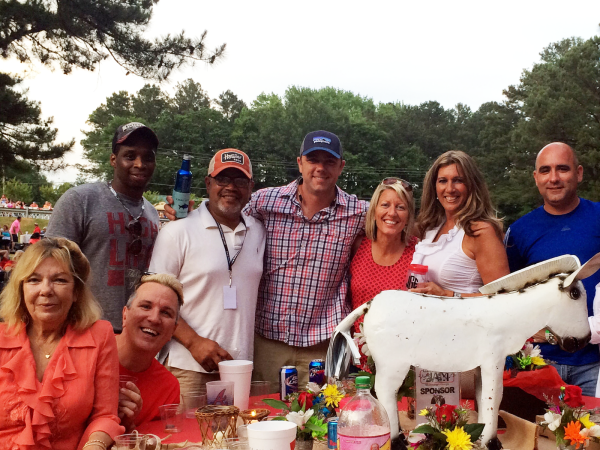 Jam with us on May 21st from 6 – 10pm at the 2016 Geranium Jam JailHouse Beach Party Outdoor Concert!  This year’s band lineup will be …

WHAT:
This outdoor concert is held following the annual Geranium Festival in McDonough, GA, and is an event not to be missed!  You are welcome to bring chairs, blankets, coolers etc.  Food vendors will be on-site for your convenience, or you’re welcome to grab a bite from the Geranium Festival merchants or downtown restaurants before coming to the concert.

WHERE:
The concert will be held at 55 Harkins Street, in historic downtown McDonough.

The 2016 Geranium Jam JailHouse Beach Party will serve as a fundraiser for several special causes.

• McDonough Main Street Program: The McDonough Main Street Program would like to bring some life to downtown McDonough by adding a wall mural, decorative banners and other artistic elements.
• New Year’s Eve Geranium Drop: This year will mark the 6th anniversary of the Geranium Drop held in downtown. McDonough Hospitality & Tourism would like to make the event bigger and more exciting than the previous years to give visitors a great experience in the City of McDonough.