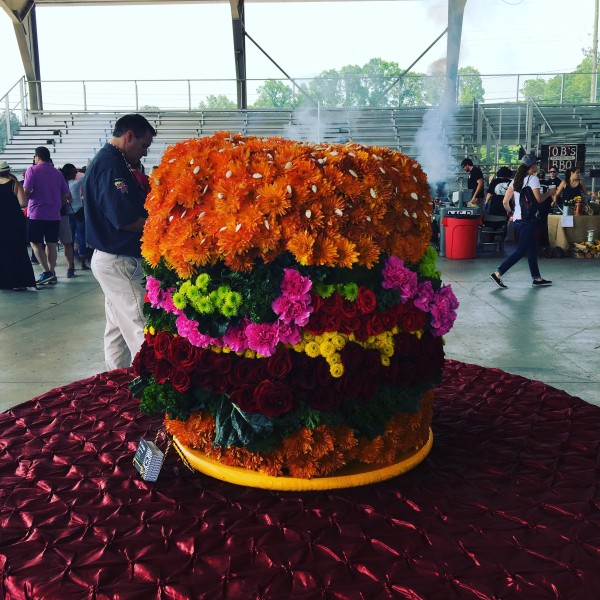 The ultimate food fight, the 2016 Atlanta Burger Wars, was a huge success, thanks to the talented and creative chefs and volunteers of the event, as well as the rockin’ musicians and other performers. All proceeds of the event benefited the Kensley Grace Foundation and McDonough Arts.

Another big thanks goes to Moye’s Pharmacy and Thompson’s Market for being the official “burger pit crew” of the event, by providing competitors foil, gloves, condiments, and fresh produce so they wouldn’t have to leave the event in case they forgot something.  Creativity was swirling around the event—along with the smoky, meaty and cheesy smells—with one-of- a-kind burger combinations at every turn.  Who’d have thought to put pimento cheese, crispy bacon and raspberry preserves together on a burger? Thank goodness Grand Gourmet did, as it was an explosion of flavors which complemented each other perfectly.  And who can forget O.B. BBQ’s Blue Burger with a fried pickle and perfectly smoked bacon and tangy caramel onions on top, or PJ’s macaroni-and- cheese-topped burger? Not only can they make great barbecue, but mouth-watering burgers as well.

Speaking of barbecue, there were even barbecue and cheeseburger infusions, such as KirbyG’s savory chopped brisket and cheddar on top of their burger and Manna Cafe and Eatery’s burger with pulled barbecue pork on top. Yum—no wonder they were winners!  KirbyG’s Diner &amp; Pub was the winner for the Judge’s Team Choice, and Manna Cafe and Eatery was the winner for the People’s Team Choice. Alexis Hicks won for Judge’s Individual Choice.  The winners will be moving on to the World Food Championships! And if that wasn’t exciting enough, they’ll all be given a chance to win $300,000 in prizes! 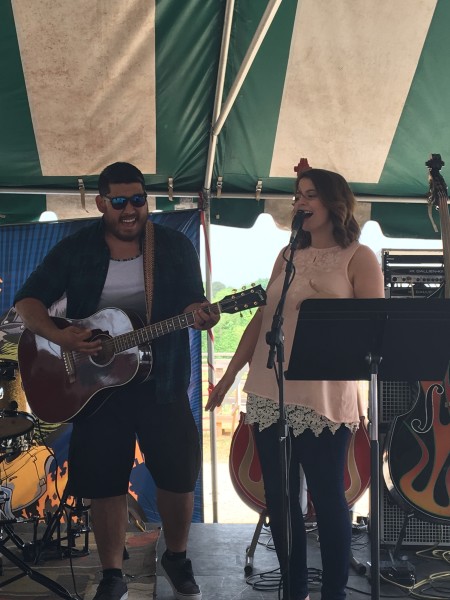 Local Rockabilly band, The Psycho Devilles, rolled up in their hot rods and put on a blazing show—quite literally when their bassist lit his bass on fire while strumming and thumping the strings. And vocalist and lead guitarist “Hot Rod Walt” Richards shredded his Gretsch guitar while their drummer hammered out the beat. Imagine the Tennessee 3 if they grew up listening to punk music and drove hot rods—they put on quite a show dressed in retro clothing, playing vintage instruments and singing into vintage microphones.  Local musician and YouTuber Carson Toms also serenaded the crowd with a voice that was smooth, silky and lovely. Toms is from McDonough, and her unique, soothing voice wowed the crowds and echoed throughout Heritage Park.

Before heading over to the McDonough Art festival on the square, the Shiloh Baptist Church Drum Line was pounding out rhythms and putting on a spectacular show for the crowd.  Thanks to all the competitors, attendees, performers and volunteers for making this Atlanta Burger Wars a delectably fun event!